Granite State Manufacturing is broadening its New Hampshire presence with the opening of a new facility in Nashua where it plans to hire 50 new workers.

“This facility was specifically designed and fitted up to support the Navy’s critical needs and expanding the nation’s industrial ship-building base,” said John Allard, CEO of Granite State Manufacturing, a contract manufacturer of specialized equipment for defense, aerospace, medical and other markets.

Headquartered in Manchester, GSM’s new manufacturing facility officially opened its doors this week at the former Ingersoll-Rand campus on Burke Street in Nashua.

The 120,000-square-foot facility will house advanced manufacturing capabilities that support the U.S. Navy’s construction of the Virginia-class and Columbia-class submarines, as well as other systems for Navy and commercial customers.

“The U.S. submarine fleet is paramount to guaranteeing free use of the maritime domain, ensuring our security and protecting our prosperity,” Allard said Friday during a ribbon-cutting event.

Doug Thomson, GSM vice president, said the company is planning to hire 50 new employees within the next year, adding there is a lot of potential at the new Nashua site.

“This is not your father’s machine shop,” said Thomson, explaining the abundance of high-tech equipment such as a new, $2 million Soraluce milling machine.

To support GSM’s buildout, more than $6 million in equipment has been purchased for the Nashua campus where the company will continue to manufacture other equipment that is used on every U.S. submarine fleet.

“The impact of the work at GSM in support of the submarine industrial base is significant at both the state and federal level because the security of our nation depends on so many companies like GSM who work with our Navy and work with other branches of the military to do what we need to protect our national security,” said Sen. Jeanne Shaheen, one of several elected officials to attend Friday’s grand opening celebration. “ … This expansion is a testament to New Hampshire’s critical role in our national security.”

“We need to get more people in the game,” said Allard, stressing the need for more welders, machinists, assemblers and engineers.

Sen. Maggie Hassan praised GSM for its ability to innovate, grow, prepare for the future and search for new opportunities to train future workers, work with area colleges, protect the country and also serve as an important economic driver in New Hampshire.

With the expansion of GSM, Congressman Chris Pappas said it is more important than ever to reorient the state’s education system to highlight the many career opportunities that are available in the manufacturing world.

‘We are very excited for the future,” echoed Allard.

The company currently has about 150 workers at its Manchester site.

Aside from the new, 120,000-square-foot building on Burke Street in Nashua, GSM also recently acquired a separate, 27-acre parcel of land on Burke Street for more than $3.65 million that was owned by the city to further expand its business, when warranted.

Mayor Jim Donchess of Nashua said it is nice to see a vacant, underutilized building in Nashua be reinvented for such a worthwhile endeavor that will help with the nation’s defense capabilities. 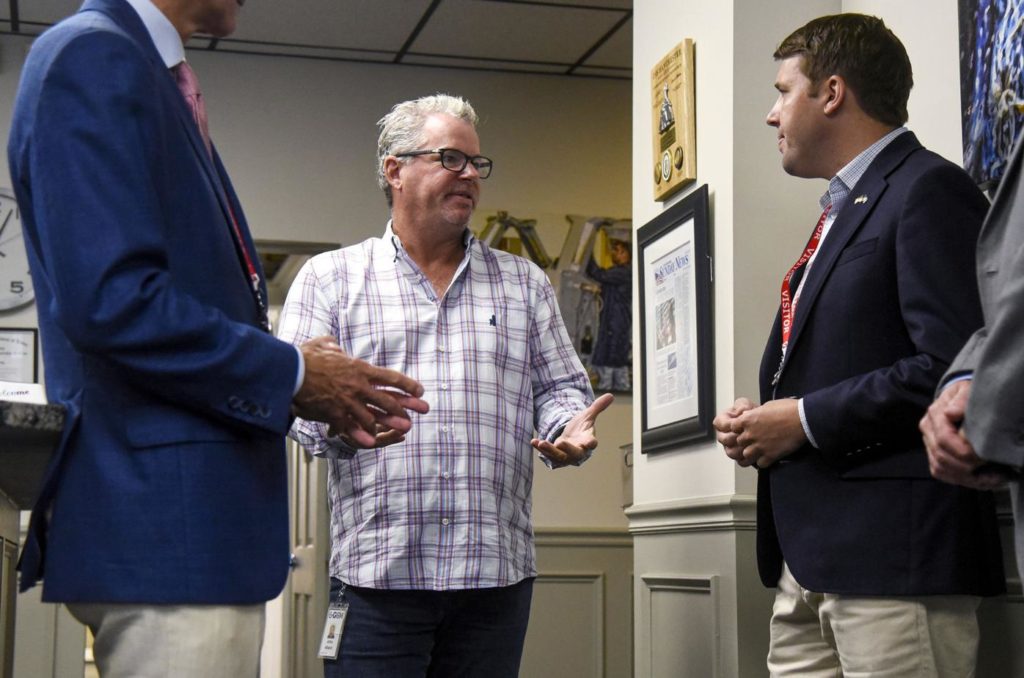